The Markets of Trajan is a ruin complex located in the slopes of Quirinal (one of the Seven Hills of Rome), north-east from the center of the city and situated opposite the Roman Forum on the Via dei Fori Imperiali. The complex, overlooking the Forum of Trajan, was built by Emperor Trajan to complete the whole Forum between the years 100 and 112 AD.

Indeed, a fine example of architecture from antiquity, the Markets of Trajan is one of the products of the ingeniousness of Apollodorus of Damascus – one of the most famous architects of his time and the designer of the Forum of Trajan himself.

The Markets of Trajan was the epicenter of trade, commerce and the administrative activities of the Forum. It is where the distribution of corn or wheat dole outs was held.

The hemicircular building, made with concrete and bricks, consists of six levels altogether connected by one steep staircase. Many of which are incorporated with scores of tabernaes. The tabernaes are barrel-vaulted structures with large openings facing the streets where they can/could display their products. The roof of the market is a concrete vault raised by piers to allow light and air into the inside of the building while protecting it from harsh weathers.

With a total of 150 shops and offices in house, the market is thought to be the oldest shopping centre (mall) in the world. The lower levels of the structure were the center of commercial activities. The entrance to the ground floor of the building is at Via IV Novembre. Here, you are greeted by an array of shops selling Horticultural products. On the other hand, the first floor was for the oil and wine merchants while spices were traded in the next floor. On the third floor is a large rectangular hall and the succeeding levels were mainly offices dedicated to the administrative and managerial activities of the of Trajan.

On the lower part of the markets are two large halls which were used to hold concerts, auditions and speeches. Commercial structures also lined up the streets of the entire complex. Thus, giving us a glimpse of how dynamic and animated the market must have been before.

During the Middle Ages, more floors were added to the complex. In 1200, the Torre delle Milizie or the Tower of Militia was built to add a defensive element to the entire market. 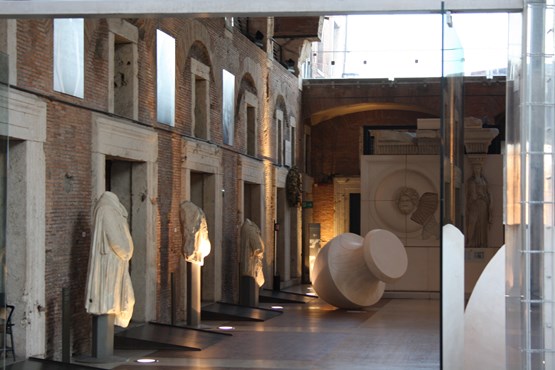 The highlights of the Markets of Trajan are probably the remains of its library and the marble floors. In October 18, 2007, the Museo dei Fori Imperiali was established within the Markets of Trajan. Exhibited here are sculptures, architectural remains and reconstructions of the Imperial Forums.

The Market of Trajan is one of the finest representations of the two sides the architectural principle of Rome: Functionality and Monumentality. Up to date, several levels of the complex can still be visited. And partly because of good and frequent restorations, Trajan’s markets is considered to be one of the best preserved complexes of antiquity in Rome. 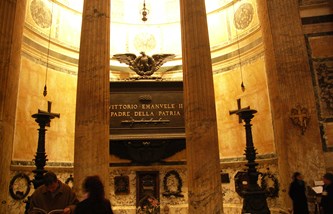 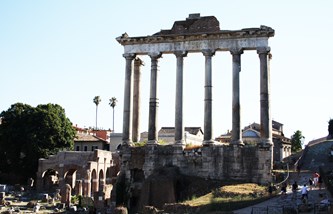 On this particular tour, the guide will take you to all the important sights of Ancient Rome like the Palatine Hill, Roman Forum, the Circus Maximus Read more......

The Palatine Hill is one of the Seven Hills of Rome. Previously, several emperors lived here. Here, you can visit the House of Augustus, the House of Livia, Nero's Cryptoporticus and the Domitian's secret passage. Read more...... 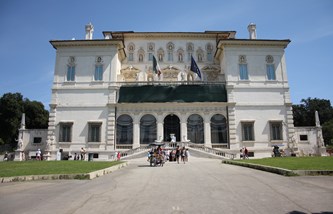 Villa Borghese is a great landscape garden in Rome, containing a number of buildings, museums, and attractions. It is the second largest public park in Rome Read more......