Trastevere – The Timeless Charm of Rome’s Most Authentic District

When you walk through the streets and intricate alleys of Trastevere, you will be able to discover some of the most amazing and well-kept secrets of this city and breathe the true Roman spirit. That’s why the area is commonly referred to as “the heart of Rome”. Trastevere is a district that lies on the west side of the Tiber, south of the Vatican City.

The area has kept, almost untouched, a unique authentic charm. When you wander through the streets, you will feel as if you are in a movie, set two, three or maybe more centuries ago. Here, time has left its mark in a co-existence of architectural elements belonging to different historical periods.

But, that alone, cannot fully explain the magic of Trastevere. In fact, Romans consider this district a sort of “keeper” of past traditions, and love to come here to explore boutiques, emporiums and craft shops or meet friends for a fun night out.

To the visitor, coming from the Renaissance magnificence of the other side of the river, or from the monumental impact of St. Peter’s Basilica and its surroundings, the “bohemian” Trastevere will confirm how tremendously surprising this city can be. 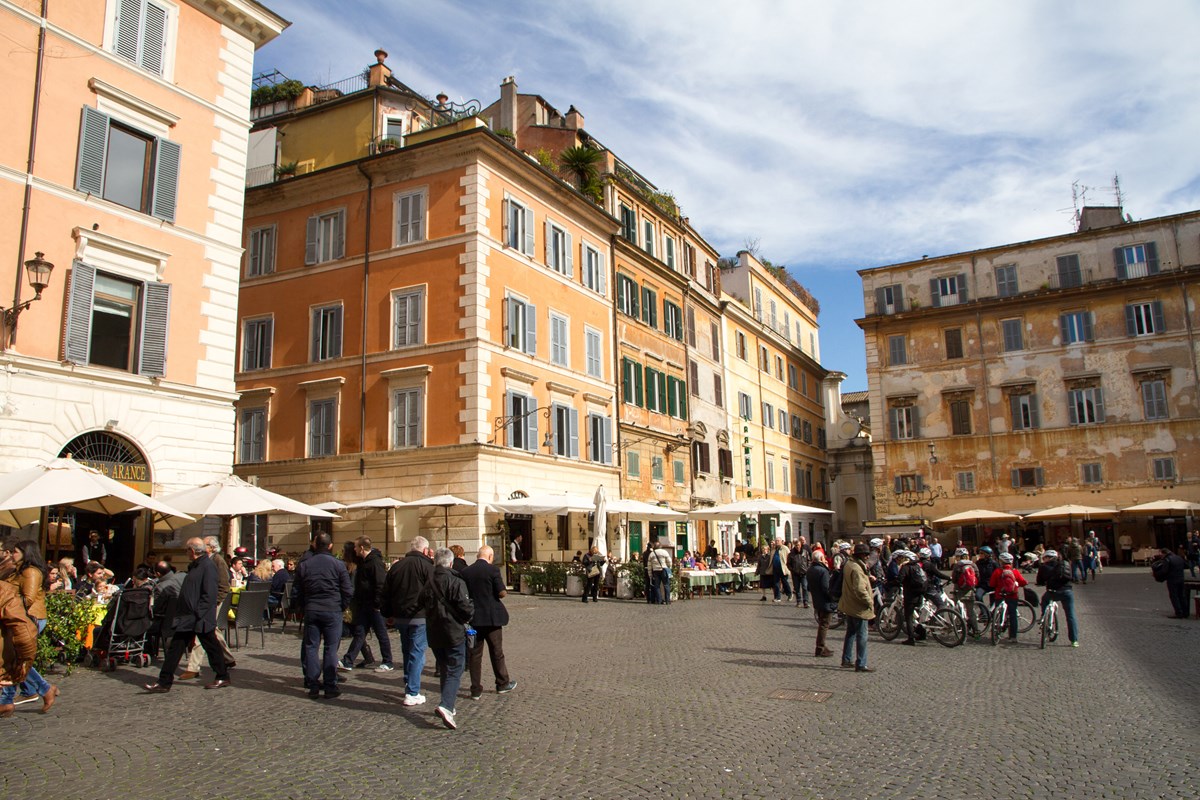 If you look at the elaborate yet romantic character of the buildings of this district, you would probably find it hard to believe that the streets were originally inhabited by some of the lowest income sections of the Roman population, until things started to change around 1980. Since then, Trastevere became incredibly trendy and popular, and, being so close to the city’s historical center, one of the favorite tourist destinations. Many of the buildings have been totally renovated (on the inside), and some of them have become beautiful holiday apartments.

Nonetheless, the area has kept its residential and quiet nature – at least during the day – far away from the buzz of other districts which are located next to the city’s historical center. This is particularly noticeable if you visit Trastevere during the “controra”, namely the early afternoon, when people usually rest before starting the second part of the working day. But, from the late afternoon onward, the street lamps light up the alleys with a yellowish glow, and the whole neighborhood comes alive.

What To See and Where To Go

The heart and soul of Trastevere is difficult to explain. It is an experience that will be slowly revealed before your eyes once you decide to cross the Sisto V pedestrian bridge, and you’ll end up facing one of the symbolic borders of Trastevere, the Trilussa Square. Here, most historical sites, such as buildings and churches, were built between the late Middle Age and the beginning of the Renaissance. This explains the almost mysterious and intricate labyrinth of the alleys, the irregular pattern of the buildings, enriched with unexpected arches and decorated portals, charming windows and balconies.

As for sites of particular interest, below you will find some suggestions to get you started.

The museum is located in the exquisite Sant’Egidio Square, and it features items and artwork from the eighteenth and nineteen centuries, together with full size scenes of the traditional Roman life. Here, you’ll be able to admire an eclectic collection made of costumes, paintings (such as the famous watercolors by Roesler Franz) and stunning vintage photographs.

This square is named after Trilussa, one of the finest poets of the Roman dialect tradition. Located at the end of Ponte Sisto, it’s the ideal starting point for your Trastevere experience. Plus, it’s a perfect place to rest for a refreshment or simply relax sitting on the square’s steps amongst other locals and tourists.

Located in Piazza Sidney Sonnino, this is one of the oldest churches in Rome. Built around the year 300 AD, the site has been renovated several times. The facade belongs to the Baroque style (1626), whilst the Romanesque style bell tower is much older, as it was completed around 1100 DA. Visitors are even able to access the old church belonging to the Roman Empire. 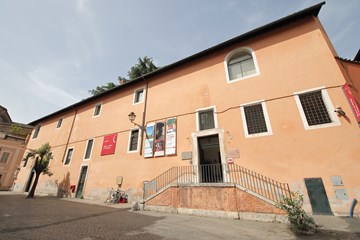 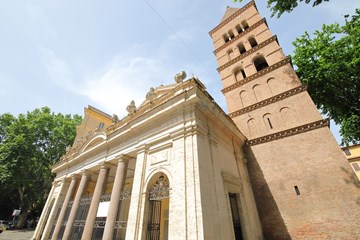 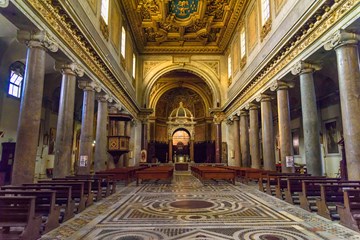 Perfect for families with kids, this vast park includes plants and trees from every corner of the world, together with a unique Japanese garden. Especially during a hot summer's day, you’ll find the much desired shade from the sun under the many high and luxuriant trees. 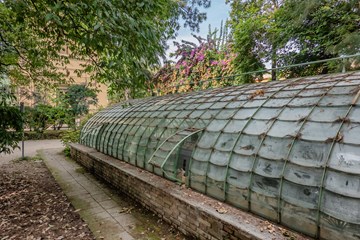 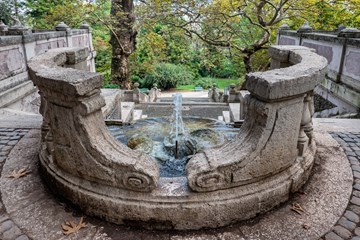 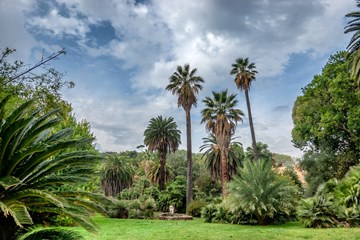 The Antique Pharmacy of Santa Maria della Scala, now a museum, was established around 1600 by the monks living in the nearby monastery. Under the stunning painted ceilings, it features old instruments and even some of the traditional remedies prepared with ancient recipes and rare spices. At the end of your visit, you can even buy products made using the medical knowledge of the antique “speziali” (herbalists), the forefathers of today’s pharmacists.

This residence, considered one of the finest examples of Renaissance art, was a project of the architect Baldassarre Peruzzi. The amazing villa is a museum in its own right, as it features frescos and paintings of some of the greatest artists of the time, such as Raffaello Sanzio.

Basilica of Santa Maria in Trastevere

The first church to appear on this site was built by Pope Callisto I in the third century AD, and that’s why this church is considered the oldest Marian church in Rome. The current architectural structure was completed just before 1200. Inside, you will be able to admire the stunning golden Bizantine mosaic on the church’s apse and, just below, the Stories of the Virgin Mary created by Cavallini, whom, in the thirteen century, was a prominent exponent of the upcoming Italian art led by the genius of Giotto. 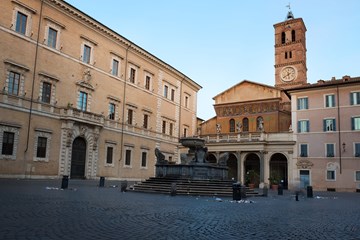 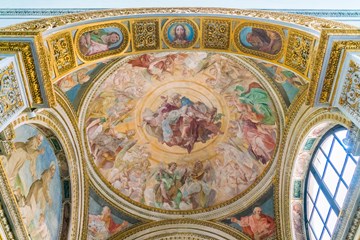 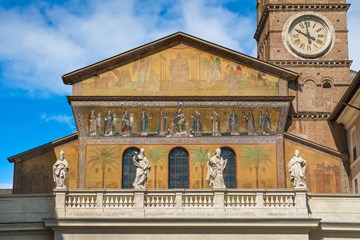 Located at the end of Viale di Trastevere, this Sunday morning market is worth a visit. You’ll find a vast variety of stands selling all kinds of goods for very affordable prices.

If you are looking to the perfect setting for a photo shoot, then grab your map and search for this lovely “L” shaped alley, where windows, arches and portals are decorated with greenery and the sunlight plays hide and seek behind the roofs of the low buildings. 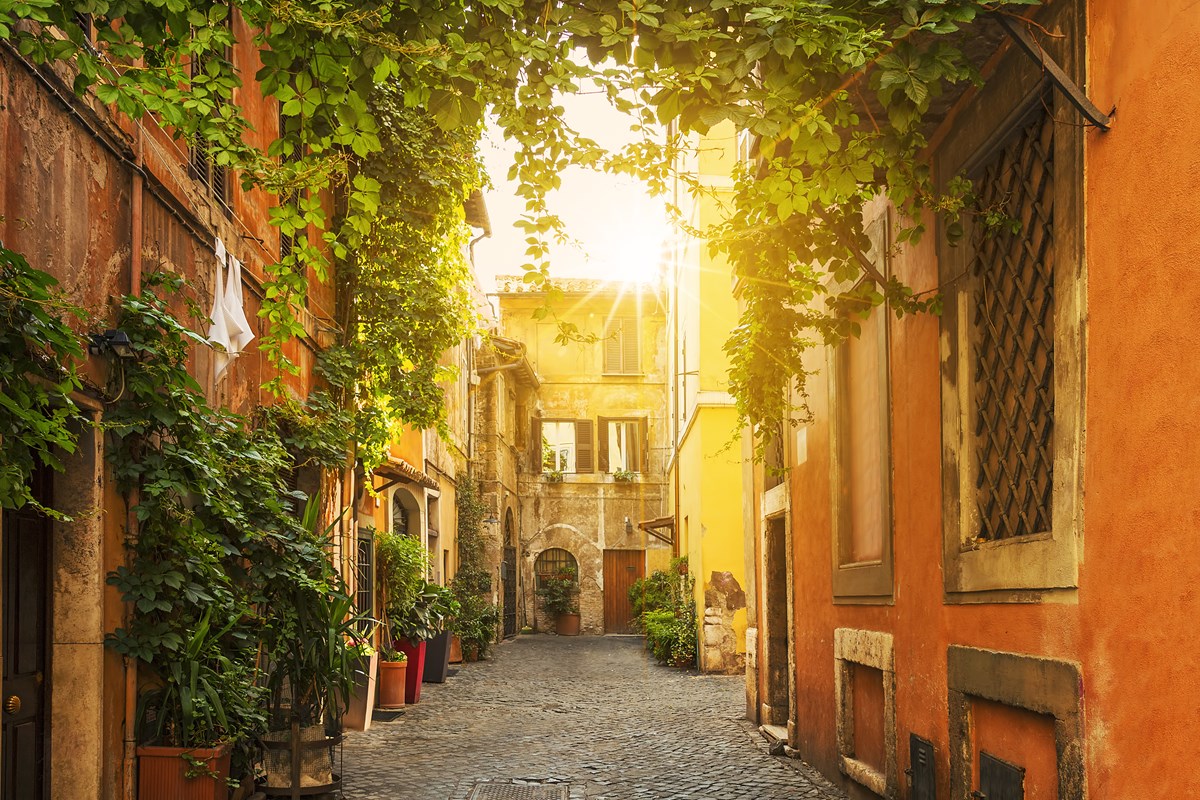 The food venues reflect the relaxed, friendly and multi-faceted soul of the area. Here, we’ll give you some suggestions, but keep in mind that the area is full of wine bars, trattorias (taverns) and restaurants, ready to be discovered!

If you want to indulge in a relaxing moment, plan a drink or a rich appetizer at Freni e Frizioni (Brakes and clutches), one of the trendiest “movida” venues in Trastevere, situated in Via Politeama 4, just behind Piazza Trilussa. You will be welcomed by a friendly atmosphere and an unusual décor, inspired by the fact that the place was originally a mechanical repairs shop. Actually, if you want to taste a nice glass of wine or have a light meal, you will be spoilt for choice. If you happen to be near Via della Scala, try the charming Essenza Wine Bar, located at number 27.

At the end of a day of sightseeing, satisfy your appetite by tasting some authentic, traditional Roman cuisine. You can visit taverns and cozy restaurants where you’ll find a timeless atmosphere and delicious (and generous) portions of home made dishes. Try Tonnarello (in Via della Paglia 1) and Checco er Carettiere (in Via Benedetta, behind Piazza Trilussa).

The city’s temperatures can reach high peaks, especially during summer. But wait, don’t go for the usual soft drink or soda! Since you are in the Eternal City you might as well enjoy one of the most celebrated “rituals” of the Roma's summer days. We are talking about the grattachecca, which is a drink made with shaved ice and syrup, dressed with fresh and dried fruit and topped with delicious “visciole” (black cherries). A treat for your palate and a favorite with kids of all ages, the grattachecca is traditionally sold in kiosks, many of which are passed down from generation to generation. Try Sora Mirella (Lungotevere degli Anguillara) or Alla Fonte d’Oro (on Lungotevere Raffaello Sanzio, corner Piazza Gioacchino Belli).

How To Easily Get To Trastevere

You can travel to Trastevere by getting the tramway (lines 3 and 8), or by bus (lines 280 and H). Finding a conveniently located parking spot for a car can be difficult, but you can check the Via Giulia Parking (entrance is on Via Bravaria). Another convenient (and fun) way to get to Trastevere is by renting a scooter. If you are an experienced driver, it’s a nice a way to discover the city, and you will be able to get to places where cars are not allowed.

Where is Trastevere?
Trastevere is a district of Rome, that lies on the west side of the Tiber, south of the Vatican City.

What can be seen in Trastevere?
In Trastevere you can visit the Museo di Roma, the San Crisogono Church, the Santa Maria in Trastevere Church, Trilussa Square, The Botanical Garden and Villa Farnesina.

How can I get to Trastevere?
You can travel to Trastevere by getting the tramway (lines 3 and 8), or by bus (lines 280 and H).

Why is the Trastevere district famous?
Trastevere is considered the 'heart' of Rome. It is famous for its 'bohemian' atmosphere, restaurants and wine bars, boutiques and craft shops. 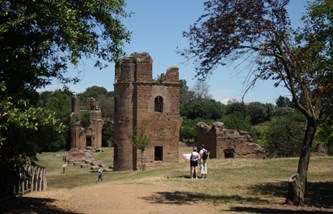 The title Appia Antica Park is just a shortened version of its complete name Parco Regionale dell’Appia Antica. The area is known for its rich collection of ancient treasures, archaeological remains and ruins. You can likewise find some monuments along Via Appia and the park area. Each of the monuments pictures the rich history of Rome. Read more...... 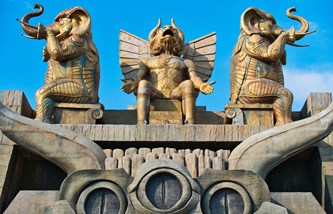 Have you ever been submerged in a movie? Cinecitta World is one of the most interesting attractions non related to Roman history in Rome. Read more...... 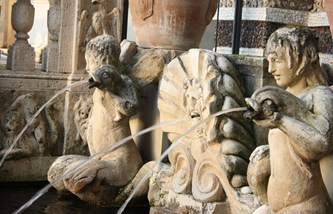